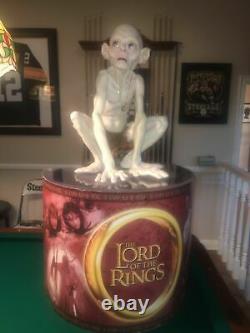 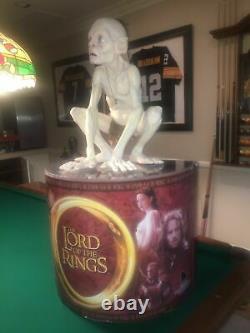 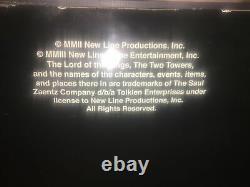 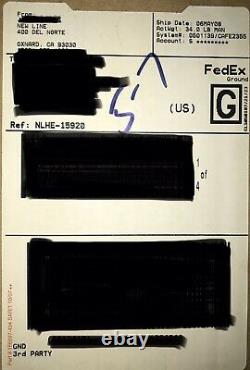 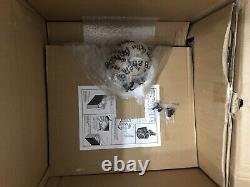 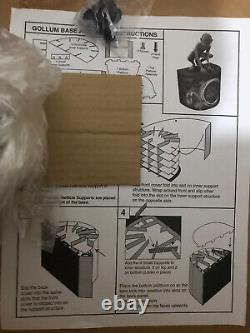 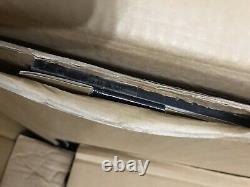 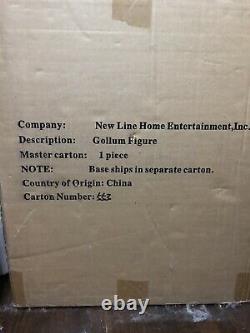 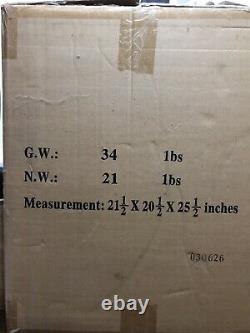 It took me a while to research this to find out what it was because I didn't want to unpack it from the original box (which I finally cut open the tape on to verify once I found another posting that appeared to match). This appears to be the rare Lord of the Rings Theater Lobby Life Size Talking Gollum/Smeagol (also as seen in the Hobbit, but this item was used with the Release of Lord of the Rings). This was a promo statue created for display in theater lobbies when Lord of the Rings was released in 2003. At the touch of a button, located between his feet, he would talk and recite lines from the movie This has never been unpacked/removed from the box and has been stored indoors in a smoke free home since receiving it directly from New Line Entertainment in 2008 (see image, although certain names have been redacted).

An awesome collectors piece for any Lord of the Rings fan. So, although it appears to be the talking version, best to assume it is not. However, you can see there appears to be the cardboard wrap-around for the base in the box I have (see images), and the base appears to be many sections of heavy duty cardboard cut in a half-moon shape (see pictures of instructions still in box as received for further details). So, I do not know whether this box has the stand pieces you assemble, or not - best to assume the stand is not included.

However, as you can see of the figure itself, Gollum can stand freely, so it does not impair the beauty or display-ability of the figure at all. Even though this is an original display item send by the studios to exhibiting theaters, I have indicated it as a "reproduction" since it is not a prop used in the production of the movies. Now, as disclosed, I have never unpacked any of this from the box, so although it appears to be the same as the talking version, it may be another life-sized Gollum the studio used to send to movie theater lobbies at the same time. The carton has always been stored inside in a room where I keep other collectibles, so it has been moisture free and not exposed to sunlight. The item "Gollum/Smeagol Life-Sized Lobby Statue Lord of the Rings STILL IN ORIG. BOX" is in sale since Monday, December 7, 2020. This item is in the category "Entertainment Memorabilia\Movie Memorabilia\Props\Reproductions". The seller is "gr8guy14" and is located in South Pasadena, California. This item can be shipped to United States.