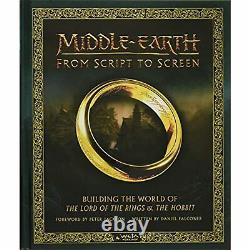 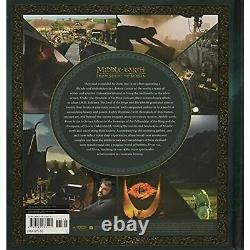 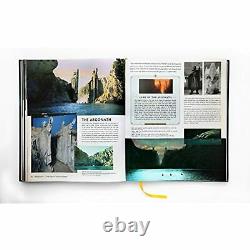 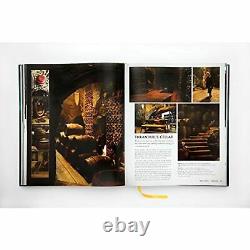 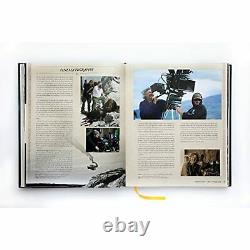 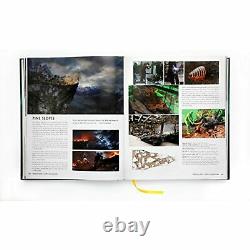 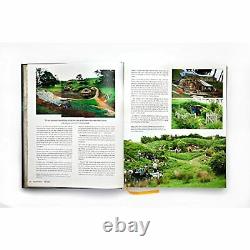 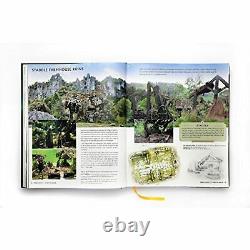 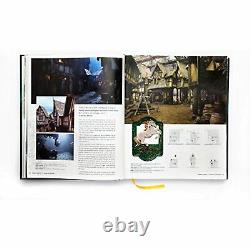 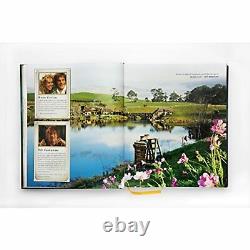 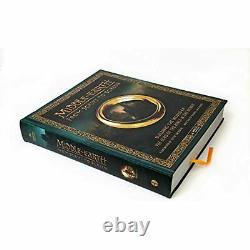 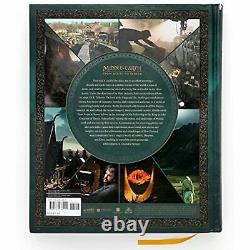 Middle-earth from Script to Screen: Building the World of The Lord of the Rings. Product Description For the first time ever, the epic, in-depth story of the creation of one of the most famous fantasy worlds ever imagined--an illustrious compendium that reveals the breathtaking craftsmanship, artistry, and technology behind the magical Middle-earth of the blockbuster film franchises, The Lord of the Rings Motion Picture Trilogy and The Hobbit Trilogy, directed by Peter Jackson. They said it couldn't be done, but in an effort spanning a decade and undertaken in a distant corner of the world, a team of artists and creative visionaries laboured to bring the unfilmable to the silver screen. Under the direction of Sir Peter Jackson, their extraordinary efforts to adapt J.

Tolkien's The Lord of the Rings and The Hobbit generated almost 24 hours of cinematic wonder, and transported audiences to a world of astonishing beauty and power. Richly illustrated with thousands of film frames, concept art and behind-the-scenes imagery, many previously unseen, Middle-earth: From Script to Screen follows in the footsteps of the Fellowship of the Ring and the Company of Thorin Oakenshield, visiting the realms and landscapes of Middle-earth and uncovering their secrets. Accompanying this stunning gallery, cast and crew reflect upon their experiences, share brand-new stories and insights into how the wildernesses and soundstages of New Zealand were transformed into a magical world of hobbits, Dwarves and Elves, resulting in one of the most spectacular achievements in cinematic history.

With foreword by Sir Peter Jackson and additional writing by K. Rice; illustrated with final film imagery, behind-the-scenes pictures and conceptual artwork, including places not seen in the final films, this monumental compilation offers unique and far-reaching insights into the creation of the world we know and love as Middle-earth. Review Richly illustrated with thousands of film frames, concept art and behind-the-scenes imagery. This monumental compilation offers unique and far-reaching insights into the creation of the world we know and love as Middle-earth. " -- Red Carpet Crash "Every page is a work of art. It's a volume that will be pored over, studied, admired, and shared for years to come. " -- Huffington Post "Rarely has anyone been able to create a single work that includes so much information in such spectacular fashion about such an epic body of work. This is the book fantasy fans, Tolkien fans, and Peter Jackson fans, have been waiting for. Daniel Falconer, author About the Author Daniel Falconer has been a designer at Weta Workshop for more than twenty years, producing conceptual art as part of the design team on many of the company's high profile projects, including The Lord of the Rings, King Kong, The Lion, the Witch and the Wardrobe, and The Hobbit movie adaptations. As author, Daniel has written a dozen books for Weta Workshop, including The Art of District 9 and the seven part Chronicles series, showcasing both Weta's work and that of the associated film service companies based in Wellington, New Zealand, on The Hobbit film trilogy. He lives in Wellington with his wife Catherine and two daughters, reveling in his dream career of playing in imaginary worlds every day. You're already purchasing the item. With our dynamic pricing model, our prices are always competitive. Our prices are some of the lowest that you will find on the internet. Rest assured that you're getting a good deal when purchasing with us. This item is in the category "Books & Magazines\Books". The seller is "upliftingsound" and is located in this country: US. This item can be shipped to United States.