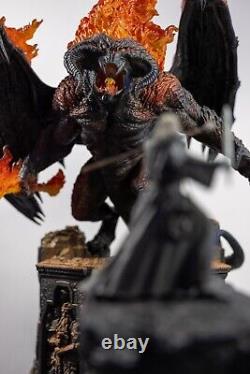 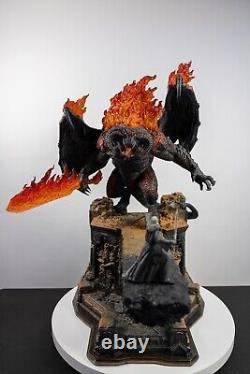 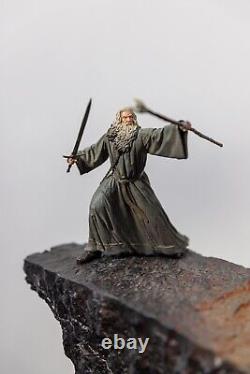 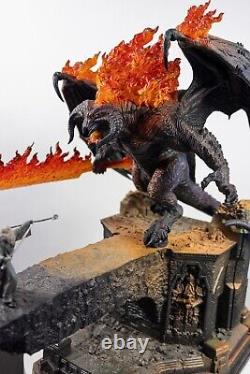 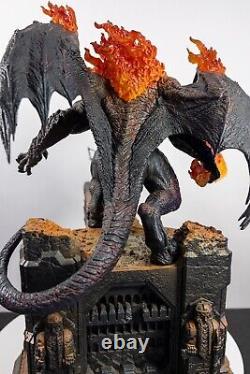 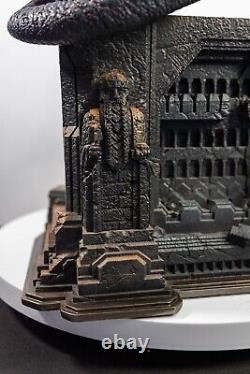 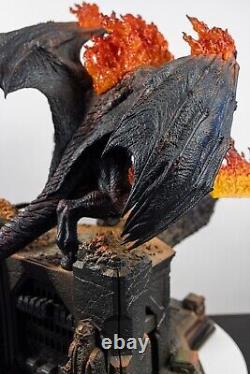 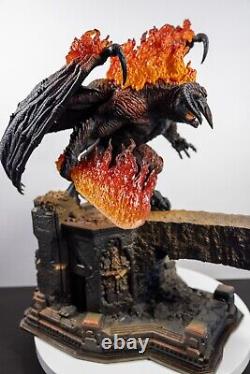 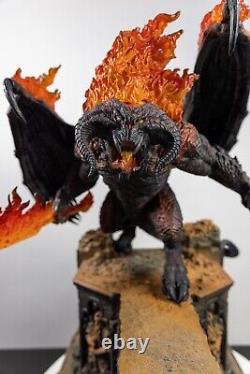 GENUINE Prime 1 Studio The Lord of the Rings Gandalf Versus Balrog EX ver Statue. The dark fire will not avail you, flame of Udin. Go back to the shadow!

Prime 1 Studio is proud to present one of the most iconic scenes in all of fantasy film, and the latest addition to our Premium Masterline Series: Gandalf Versus Balrog from The Lord of the Rings: The Fellowship of the Ring. This Non-Scale diorama captures the epic battle between Gandalf the Grey and the Balrog also known as Durin's Bane, the Flame of Udin. Both are powerful near-primordial spirits known as Maiar. This immense display of power was shown in their clash on the Bridge of Khazad Dum, coined the Battle of the Peak. This was the climax in the ascent of Moria by The Fellowship of the Ring, and crucial in the success of their mission. This visually striking piece features Gandalf and the Balrog atop the bridge of the Khazad Dum base we have created. This base stunningly shows the history of the ruins of Moria, with laten Dwarven markings and remnants of their past war and civilization. To fully recreate the scene, the colossal Balrog comes with an LED feature that illuminates the flames upon his back, as well as his ominous, glowing eyes and mouth. He holds a Flame sword and stares down upon Gandalf with a forbidding gaze. His portrait perfectly accurate to the likeness of Ian McKellen.

We have carefully decided on every detail to bring you the most film accurate diorama on the market. This piece recreates a scene that will be remembered in our hearts forever and can forever be a part of The Lord of the Rings collection!

Checkout the video for a closer look. The ULTIMATE Diorama Lord of the Rings Gandalf vs. Balrog Prime1 Studios Unboxing & Detailed Look. This item is in the category "Collectibles\Fantasy, Mythical & Magic\Lord of the Rings\Figurines, Statues, Busts".

The seller is "rocksolid11b" and is located in this country: US. This item can be shipped to United States.