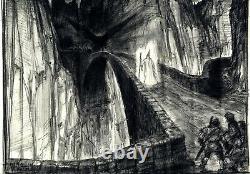 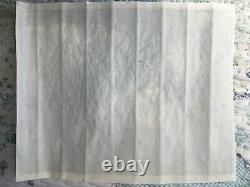 ORIGINAL CONCEPT ART FROM THE GANDALF VS. BALROG SEQUENCE IN THE MINES OF MORIA. This production art is from director Ralph Bakshi's personal collection. This very rare, concept drawing is. And one of a kind.

This artwork comes with a Certificate of Authenticity (COA) from Bakshi Productions, Inc. This item is in the category "Collectibles\Animation Art & Merchandise\Animation Art". The seller is "ralphbakshi" and is located in this country: US.