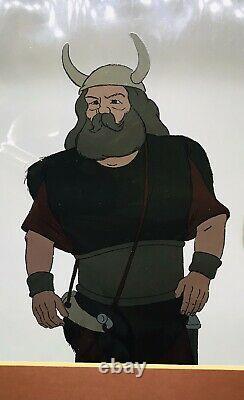 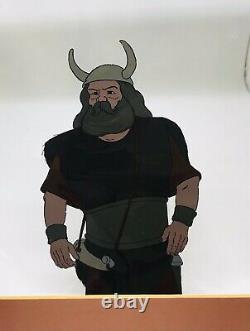 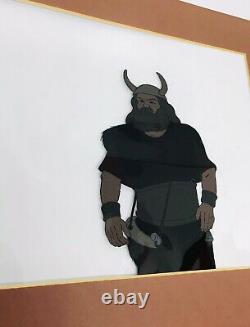 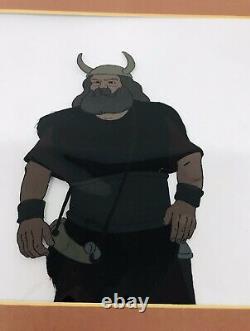 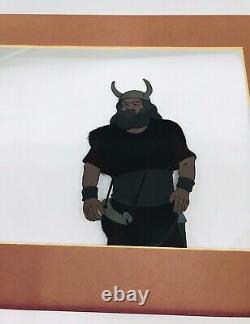 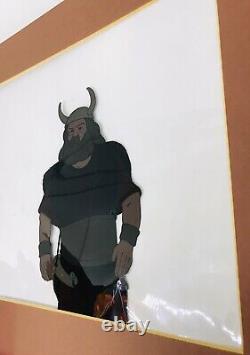 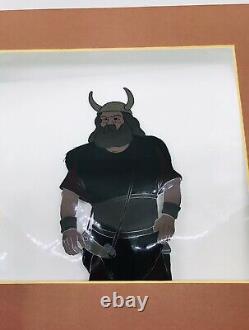 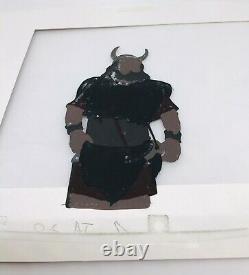 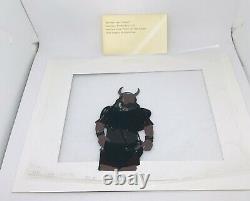 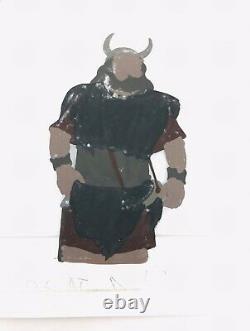 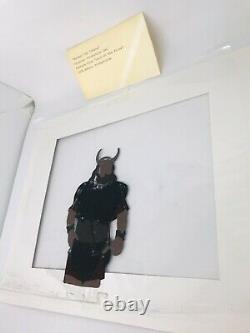 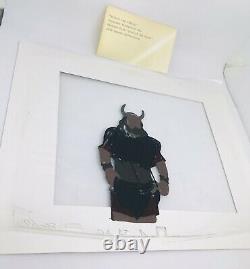 THE LORD OF THE RINGS Boromir the Viking ORIGINAL Painting by RALPH BAKSHI ANIMATION CELS. Very rare animation cel is.

& hand painted one of a kind. Cel was used in the 1978 Ralph Bakshi animated film. The Lord of the Rings Part 1. NOTE ALL Image size is a "ROUGH ESTIMATE" Boromir the Viking measures "ROUGHLY" 3.5" x 6.5" & CLEAR Sheet Measures "ROUGHLY" 10.5" x 12.5". Each piece was used in its own production, and is an historically significant part of each animated film. The cels come with a copy of the original background from the scene where available, or the sequence, or the film. Ralph Bakshi is a director of animated and live-action films. In the 1970s, he established an alternative to mainstream animation through independent and adult-oriented productions. Between 1972 and 1992, he directed nine theatrically released feature films, five of which he wrote. He has been involved in numerous television projects as director, writer, producer and animator.

The seller is "kzakrison" and is located in this country: US. This item can be shipped to United States.