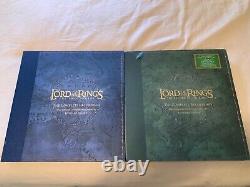 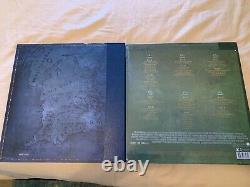 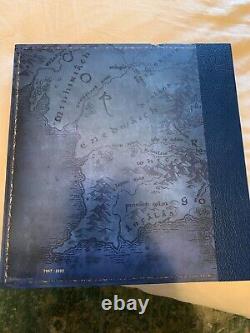 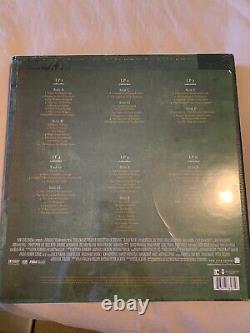 Hello there, for sale is a bundle for both The Two Towers, and The Return of the King limited edition, vinyl soundtracks. The Return of the King is sealed, and The Two Towers does have the plastic wrapping taken off. It has never been played, and I have never even touched the records, I just wanted to see what the inside of it looked like and appreciate the art work. They are both brand new and out of print! Only 8,000 of each were pressed.

TTT is number 7,057 out of 8,000 (as shown in the picture). For some reason, TROTK does not have a specific number but it is out 1 out of 8,000. They were both pre-ordered back in 2017 when they were pressed, and it was the first and last time they were ever pressed on vinyl in their entirety. It took them almost fifteen years to finally release these soundtracks, there is no telling how long it will take for it to happen again, if ever!

The small tear in the ROTK plastic wrap is very tiny, and was actually delivered to me like that five years ago. The Lord of the Rings, The Fellowship of the Ring, The Two Towers, The Return of the King, J. Tolkien, Peter Jackson, Howard Shore, New Line Cinema.

This item is in the category "Music\CDs". The seller is "jeffbangcockdanger" and is located in this country: US.