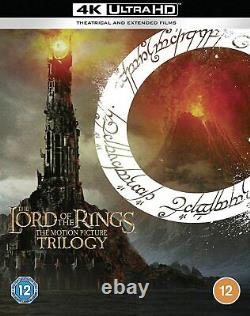 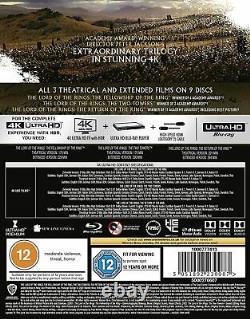 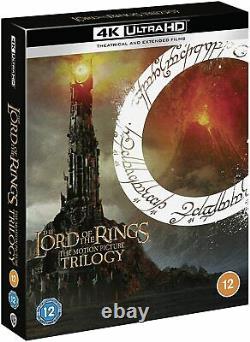 From Your Local Argos Store. (Open in a new tab). The Lord of The Rings Trilogy [Theatrical and Extended Edition] (4K Ultra HD). This three-film collection includes: The Lord of the Rings Theatrical and Extended Edition Trilogy on stunning 4K Ultra HD: o The Fellowship of the Ring, The Two Towers, The Return of the King o Across 9 Discs A premium slipcase showcasing unique artwork Return to the stunning locations and epic adventures in Peter Jacksons Middle-earth saga THE HOBBIT and THE LORD OF THE RINGS.

Now more stunning than ever before, the films have been beautifully remastered in 4K UHD, under the supervision of Director Peter Jackson and restored by Park Road Post. From director Peter Jackson, rediscover the stunning locations and epic adventures in the greatest film saga of all time. The critically acclaimed series of six films encompasses The Hobbit and The Lord of the Rings trilogies and tells the mythic tales of an ancient world called Middle-earth: A world of Elves, Dwarves, Wizards, Humans and Hobbits in a constant struggle against the evil forces of the Dark Lord Sauron and his army of Goblins and Orcs a world of quests, Dragons, treasures and a legendary final battle for the future of Middle-earth itself. The adventure continues with THE LORD OF THE RINGS trilogy when, with the help of the Fellowship of the Ring, Bilbo Baggins nephew, Frodo, embarks on a perilous mission to destroy the One Ring and defeat the Dark Lord Sauron and his forces.